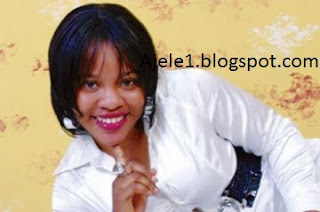 We are sad to bring this story to you about popular Yoruba actress,Mosun Filani  that she is indate with the   Ogun State governor,Otunba Gbenga Daniel.Who happen to be the ex governor of Ogun state.

that the actress has been romancing the ex-governor for a while and now she has built her own house has a result of what she benefited from the affair.Therefore,this has been linked to several controversies. That She was linked having romance affair with a contractor whom we heard that bought her a car.
More so,She has been formally  linked romantically to top filmmakers,Muyiwa Ademola,and Odunlade Adekola.
As the source we gatherer she has now moved into her own house with pleasure.
Posted by Ajele1. at 05:41