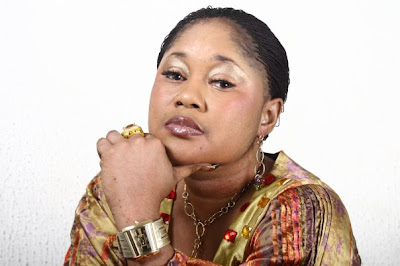 POPULAR Yoruba actress, Temitayo Odueke popularly known as Sikiratu Sindodo who had been bedridden for some months has overcome her health issues and is now hale and hearty.
In spite of widespread rumour that she may not survive and even that she is dead, Sindodo is like a cat with many lives.


In spite of diverse news that contradicts each other, the pretty actress stepped out for the first time in the last 15 months, to attend a private event in the company of another Yoruba star, Eniola Badmus.One striking thing about her predicament is the fact that it was shrouded in so many mysteries,especially as she was alleged to have stepped on so many powerful toes shortly before the ailment besieged her.

It could be recalled that while she was still licking her wound from her failed romance with Musiliu Akinsanya a.k.a MC Musiliu Oluomo a Lagos NURTW boss who was her lover for many years and indeed made her the envy of her colleagues with the expensive gifts he lavished on her but trouble set in after both fell apart over issues bothering on infidelity.

Misfortunes set in shortly after,with all fingers pointing in the direction of mysterious repercussions for her actions.

First came the manslaughter case,Tayo was arrested and detained for crushing a 16-month old boy,Damilola,to death with her red Honda CR-V with registration number FE 589 LND.

However she was later released after she pleaded with the deceased’s family and no charges were pressed.But barely 5 months after,she was struck by a strange illness.
we glad to inform you that the talented actress is back and better.I really thank God for her, she has fully regained her balance ,

According to source, She will soon leave the shores of this country for the UK for shopping.

“ Very soon she will travel to London.I learnt she will be going for shopping and also take a little rest before returning to Nigeria to take part in her friend’s movie that is coming soonHer complexion is now glowing,and she looks very trim.The star actress is gradually are acquainting with her colleagues and will hopefully start going to locations any moment from now.
There is also widespread rumour that she is planning to produce a movie recounting her ordeals in and out of sick bed. Her appearance on the social scene according to information is still being restricted by her mother who is doing all things possible to ensure that her daughter is back to normal state in life but threads with caution this time around with her mother now!
Posted by Ajele1. at 12:56