BaBa Suwe Caught At The Airport For Drugs 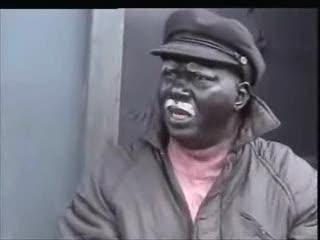 Babatunde Omidina, aka Baba Suwe, Veteran comic actor was last night Oct 12 arrested by the National Drug Law Enforcement Agency (NDLEA) at the Muritala Mohammed International Airport for
being in possession of Cocaine.

The comic actor was scheduled to board a 10pm scheduled Air France flight to Paris before he was caught. The drugs were allegedly discovered in the 53-year-old actor‘s stomach as he passed through the scanning machine at the airport and he was immediately arrested and detained.

Inside sources have revealed that the comedian has refused to go to the toilet. He is still in custody, pending when he will SHIT OUT the white substance inside his stomach.