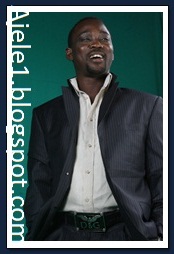 Alabi Pasuma Wonder, graduated as a student at Lagos State University, Ojo, expressed satisfaction with what the contractors have done so far, saying he can finally put his detractors to shame by putting up a befitting edifice for himself. His fans who spoke to our correspondent said they are expecting him to also release an album soon  this December coming  in which he would respond to his rivals that he has finally built a house bigger and better than theirs. 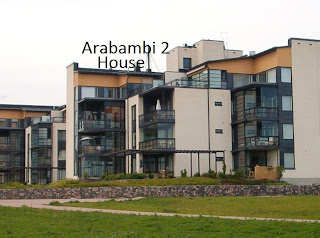 Alhaji Wasiu Alabi Pasuma,Arabambi (2) has finally completed his house project which he started in November 2009.


The magnificent is a six-bedroom duplex mansion with another structure within the same compound, is estimated to cost $1.5m and contains an Olympic-size swimming pool, a big mosque, and a games village.


Pasuma, while confiding in a close associate, said the swimming pool might, however, be removed because he does not know how to swim and cannot keep that part of the structure.


The house located at Riverview Estate, was designed by a company called Archbond Associates. It is scheduled for house warming on November 27 this year, which also happens to be the 44th birthday of the orobo fuji act. Pasuma, a bachelor, who has had some children from two women, hinted our correspondent that he would be moving into the new house with a new wife. He is, however, reluctant to say if the new wife will be any of the mothers of his children.


And also fans have been visiting the place and leaving graffiti on the wall to wish him well and congratulate him for building such a magnificent structure.


Pasuma has been the butt of jokes among some of his fuji colleagues who say even though he is successful, he still lives in a rented apartment. Recently, his closest rival in the industry, Saheed Osupa, for instance, sang in this line, thus reminding observers of how another senior fuji musician, Ayinla Kollington, was derided for not yet owing a house some decades ago. Kollington later celebrated his mansion with a musical release when he eventually became a landlord,Abass Obesere said he will be more will to give Abrabambi 2 a sum of hung amount if the house truly belong to him But Ababambi 2 turn down is offer and  said they should not rush that he will be movin into his house soon with pleasure that they are yet to see BEBE---OOOOO