YOMI SHOLADE YORUBA ACTOR,That you are willing to know come with us and get to know him more better happy reading- 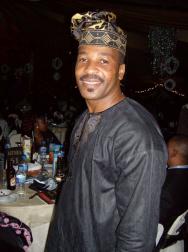 Yomi Sholade his an esteemed actor that pride of his training,  He has been in the industry over  years and he is still doing  much better. he is also concerned about low standards in the industry.he hails from Abeokuta, in Ogun State, told Samuel Olatunji that the movie industry is full of pretenders. He also spoke about his public criticism of Pete Edochie with (WWW.Nigerians.com)

Q=Sir,How long have you been in the movie industry?
A-This is my 35th year, I started in 1977. I began as a stage actor, that is where every serious actor starts; we all started from the stage. Name them: Olu Jacobs, Joke Silva, Kunle Bamtefa, Nobert Young, Richard Mofe-Damijo (RMD), Segun Arinze, Fred Amata and Sola Fosudo. We know ourselves. But the whole noise came when home video started and I still hold the journalists responsible for that.

Q=Sir,Before you became popular have you ever had anything to do with the theatre?
A-I had never be affiliated to any group or theatre company. But due to my inquisitive nature and, I also want Wole Soyinka to teach me in the university, I applied to study theatre arts. That was the propelling factor.
Q=Sir,You are feature more and more in Yoruba movie sector.But Why have you not been feature in English movies?

A-Actualy It is because we don’t shoot English (language) movies in Nigeria. Those films you consider English are not. They are Igbo-English movies; they are bastardised forms of the English movie. They are Nigerian movies, so stop calling them English movies. Most of the actors speak awful English, so tell people to stop calling them English movies. We shoot Nigerian movies so there is nothing like English movie. Maybe you can say they are movies done in English Language, but from the sound track you would know that this is an Igbo movie. They often sing it in Igbo.Have you ever seen a James Bond movie with a local language sound track? So, there is nothing like English movie in Nigeria. you should rather say that Omotola Jalade is an English actress and Pete Edochie is an English actor too.  while Pete is an Igbo actor. For crying out loud; Ramsey Nouah, Segun Arinze, Yemi Solade, Ogogo and are all Yoruba actors.

Q=Sir,Some of your colleagues believe that the Nigerian movie actors are tribalistic
A-As for me I’m not holding brief for anybody, I don’t know how they feel, but at least I’ve told you how I feel. If I want to work with those Igbo-English movies,I would be find there, but that is not my style. I don’t have that kind of problem. I think what is happening is more of nepotism than tribalism. I’m from the Yoruba race and I’m proud of it. There is nothing wrong in being a tribalist. It only becomes nepotism in a situation where you go to your village to act roles, you know only professionals can do. That is nepotism and that is the evil begrudging the industry.

Q=Sir. if you are invited on set of such a movie, will you go?

A-As long as the deal is right, I will I’ll look at the script and if it falls into the standard of what I want to be  part of, then I give it a shot. I don't have problem with that.

Q=Sir, Have you ever been invited?
A-I did a couple of them. I did not start with Yoruba movies. I was trained in the English theatre. Home video came about less than 25 years ago and the noise started from there. You guys then hyped what should not be hyped, you praised the charlatans and the mediocre at the detriment of the professionally trained artistes. I hold journalists responsible for that, not artistes.

Q=Sir We thought that with the way you criticised them you will not participate in any movie done in English Language?

A-Haha, I don’t have anything against them. I have every right to my opinions, about happenings in my industry. I am a major player in the movie industry, I don’t have problems with anyone. I only start having problems when things are not going right.

Q=Sir,Don’t you think there are lapses in the Yoruba genre of the industry when you are featured?

A-There are lapses in every system. Whatever we see it as lapses today, we work on them to get them right by tomorrow.

Q=Sir,How will you elevate the movie industry in Nigeria today?

A-Well, it is coming up, it is evolving. It is still at the tutelage stage, a system that is less than 20 years, it is still growing but we will get there.

Q=Sir We saw a magazine where you quoted to have said that Pete Edochie is a quack, it is something about being a chief. Can you tell us more about that?

A-No It has nothing to do with his personality, it is about what he does. I don’t have a problem with Pete Edochie, he is a chief and I am a chief too anyone that is leaving confortablely in his house is a chief, that is it. There are no titles in theatre. When you say Wole Soyinka, you don’t need the professor. Nigerians are crazy about titles. Who the hell is a chief when it comes to acting carerr? There is an Igwe, by the name, Maadi Kweme, he is a professor and he still goes on set. Why should anyone come with the ego of being a chief when it comes to acting carrerQ=? We don’t recognise that, so anyone who goes with the air of I’m a king or chief is untrained. We are egocentric around here, we carry fake ego around.

Q=Sir But we heard that you were given a chieftaincy title?
A- Yes I am the Agba Akin of Igbein township in Abeokuta. That is a big title, but it is irrelevant when it comes to the acting career. you will only be a chief in your community not in Lagos here.

Q=Sir, For how long have you been a chief?
A- It About 15 years back.
Can you imagine newspapers referring to an artiste who has been around for only five years as a veteran? The lapses are not only in what people watch but what they see on the pages of newspapers. You even talk to illiterates who are actors and you launder their image unnecessarily. Then what is the essence of going to school? Didn’t you go to school as a journalist? Should everyone who picks up a pen to write be referred to as a journalist?

Q=Sir we heard the Yoruba genre of the industry, people who are not trained , also produce and direct movies

A-That is a wrong way of doing things. You just hijack things and give yourself titles. If one is not good in his chosen field that means he is a quack. It is sad that there is no regulatory body to stop this. I am a professional actor. I was trained in the old Ife Theatre tradition.

Q=Sir,How Do you see yourself producing or directing someday?
A-I am a well trained director.Directing home video is a different ball game. Some people direct a movie in three or four days but it should not be. So, timing and funding has been the problem. For instance, can a producer give me N5,00000 to direct a movie? Is it the producer who got just N3,00000 from an Idumota marketer for a complete work that will pay that kind of money? So, I would rather act, get my peanuts and go away. Whether the movie comes out or not is not my business so that is just it..
Posted by Ajele1. at 06:43