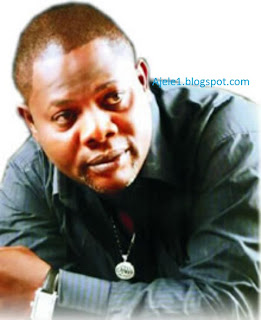 Popular  actor,Alhaji Olayinka Akanni Quadri (a.k.a) Yinka Quadri has denied quarrelling with star actress,Bukky Wright for featuring his former  lover,Bisi Komolafe in her movie, adding that it is not only untrue but malicious.

But the talented actor and film maker further described the tale as inadvisable  , calling those busybody  on maligning his image to desist from such a diabolical  act. He also described those behind it as fiendish fellows.

“You should know that can’t be true. How will I be fighting Bukky Wright over Bisi Komolafe? Bukky Wright and myself just did a movie together, we are not quarrelling at all. even the Bisi you’re talking about features in my own movie mostly.

Why would I now order other movie producers not to feature her? You should know that what people are saying is baseless. They are .fiendish fellows.

though, we dated and when we had an issue, we resolved it amicably. She had to move on with her life. So, I can’t understand the reason why they are black maligning me.
Bisi is free to feature in any movie and any producer is also free to call her for job. I am not quarrelling with Bisi Komolafe let alone fight Bukky Wright for featuring her.Itself.