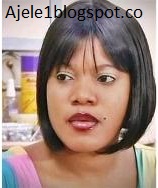 Yoruba Actress Toyin Aimakhu lost her pregnancy just few weeks back before the due date as a result of complications from unmanaged malaria treatment
It is quite unfortunate we pray that God comforts her during this tough period.


Screen divas Toyin Aimakhu, Mosun Filani and Mistura Asuramu will battle for best actress of the year award at this year edition of the Yoruba Heritage Award. The award slated for the 14th of October 2011 at the Lighthouse hall, Camberwell road, London United Kingdom will see the star of Ikudoro Toyin Aimakhu and the Beauty and Brain concept CEO, Mosunmola Filani battle for supremacy. Toyin who had  already bagged the best actress of the year at the City People Entertainment Award last month will also face competition from Misturat Asuramu. The best actor of the year will be another interesting battle between new globacom ambassador, Odunlade Adekola, Yomi Fabiyi and Eniola Olaniyan.
Recognition award will also be given to popular Magazine programme on Lagos Television Owuro Lawa as the best Yoruba programme on TV. Mrs. Yinka Ogundimu of silverbird television will bag the best television presenter award. Also, Asiwaju Bola Ahmed Tinubu and Are Are Babalola bag the Yoruba Man of the year award and Life Achievement Award. Other personalities like; Senator Olorunnibe Mamora, Engr. Deji Doherty, Dr. Segun Ogundimu, Otunba Gani Adams among other people will receive recognition awards.
Posted by Ajele1. at 06:05