MY BROTHER LED ME INTO ACTING 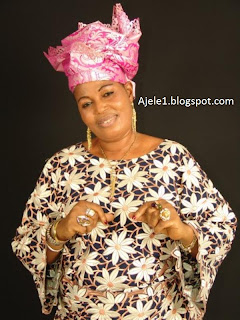 Esteemed Nollywood stardom, Toyin Afolayan a.k.a Lola Idije is a factor in Yoruba movie industry.She has been into acting since early age and she still kept doing what she know as the best actress.

Lola take the memory  lane to relive how veteran  actors and actresses like the late I-Show-Pepper,Baba Omojola, Iya Ibeji Omo Arayele among others were at that time the Big brain box  in the Yoruba Movies industry, she also said that they are highly disciplined and committed to what they do.

"If you didn't comply with what they are doing on set  they will slap you on your face if you misbehave. I almost ran away with this scene  but my brother insisted,That I most lean it and become a professional in future she stated.Lola Idije said that her new work will be coming out soon. Am sure we are all waiting for are good work!