Kingsley one of the K.C. Preshs guys became wanted 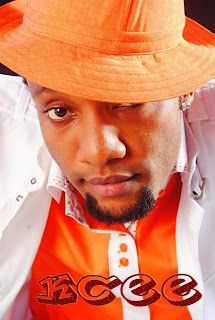 Kingsley who is also one of  the K.C. Presh guys was reported to have just bashed a popular music producer cum studio engineer, Moshood Adegboro's car, that sustained serious injuries at Testing Ground Alausa, Ikeja an area of Lagos.
Due to the report we gathered,  Kingsley who has separated from his singing partner, instead of appealing to the injured producer, we learnt, that he stepped out of his car, harassed him and bragged that nothing will happen. He entered the car, according to an eye-witness and zoomed off.
Moshood, has  gone to treat himself from the injury sustained, and also has gone to Alausa Police Station where he lodged a complaint. All effort to reach Kingsley to comment on the matter was futile, even Police were said to have called him to report so as to state his own side of the story and settle the matter amicably but he has refused to comply.