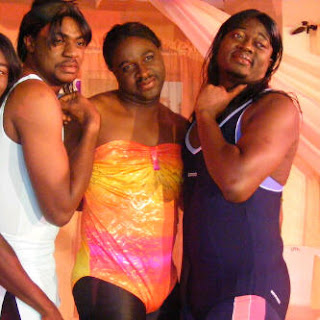 An esteem actor Adebayo Salam, That had a son which is also an actor Femi Adebayo, a young comedian  actor that his the Nollywood’s top shot now.
He has proven his worth in the movie industry starting with his role in Owo Blow where he played the role of the younger Ogogo, Taiwo Hassan in the said movie. He recently made a digression into comedy with his new movies, Jelili and Ile Ayo. Prior to this, Femi has been synonymous with serious movies were he usually play the role of a ‘tooshed’ fine boy.
According to Femi Adebayo, he did Jelili because he wanted to do something very different from his usual serious roles and give his fans something to ease their tension with. He also wanted them to know that he is very versatile.
“ I took time to study my fans and I discovered that people are actually out there feeling frustrated here and there with lots of challenges, and were tired of serious stories. I am doing these to help burn the stress and all that. I have done two now, Jelili and Ile Alayo, which is yet to be out. But I would stop after Ile Alayo to do serious movies”.
Interestingly, Jelili has increased his fan base by 80%. People had really gone crazy about Jelili. He interpreted the role very well, especially with the razzness of the role he played in the movie.
However, most people are not surprised with his hilarious performance. His father, Adebayo Salami a.k.a Oga Bello is best known for his comedy roles. So for him, comedy is an in-born thing, which is basically an inspiration that he inherited from his Father. Praised  god for the talent he gave him! 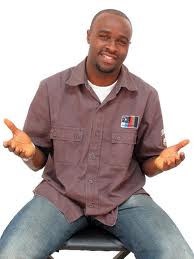