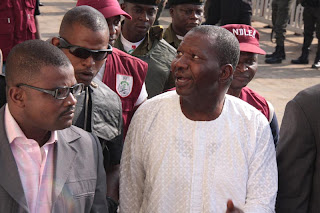 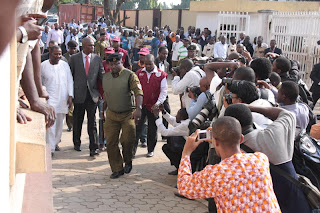 The court has ordered Baba Suwe's release from NDLEA’s custody today, Friday Nov 4th, 2011. to go home and celebrate (ILEYA)  with is relatives. His  name as now be ringing bell in local country and international country due to the story of cocaine made him popular after he turned NDLEA Officials into Chicken when they alleged he used vodoo on them.

In the video footage of his court appearance, the whole place is packed with Baba Suwe’s fans and countless Paparazzi. Baba Suwe’s
What the enemy meant for good has been turned into a thing of fame. we thanks thy lord!
Posted by Ajele1. at 05:40