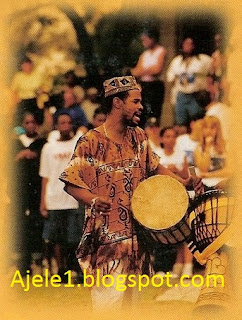 His royal majesty Oba YUSHAU  Goriola Oseni Oniba of Iba land his worshiping his town shrine with great relish today,
Called Oba Ayoka’s shrine,Oba Goriola affirmed that this shrine is not an ordinary shrine they can abolish, stated that is real and it’s fundamental for him to worship the shrine annually with pure black cow,this cow meat must not be taking home it most only be eating at the shrine spot,said that whoever goes home with the meat will face the music.

Stated that this was how it’s been during his late great grand forefathers,and can’t be abolish during his  religion. King Osupa was the one who PERFORMED for them last year with his traditional melodious tone.