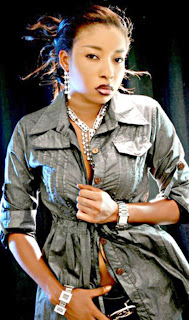 Actress Elizabeth Anjorin has announced a change of date for the final burial ceremony of her late gem mother, Mrs. Abiola Anjorin said the badagary Lagos State-born actress, .
Formal fixed date was Saturday March 31.But the date has now been backdate by a day and will now hold on Friday, March 30.

The event will be double  final burial ceremony of her late father, Pa Moses Anjorin who passed on many years back.
Lizzy Anjorin who carved a niche  in Yoruba blockbuster, Iyawo Ojokan also added that the venue of the event still remains Agidingbi Grammar School along Lateef Jakande Road, Lagos.
Perhaps, the event has continued to generate frenzy among colleagues, friends and fans of the fair-skinned actress as just as many are already jostling for the chosen fabric material for the event popularly known as Aso Ebi.