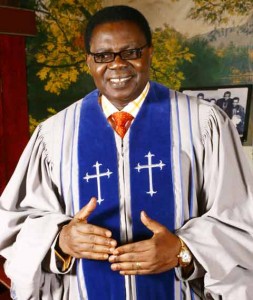 Evangelist Ebenezer Obey-Fabiyi was born on April 3, 1942.whose full name is Ebenezer Remilekun Aremu Olasupo Obey-Fabiyi, was born in Idogo, Ogun State, Nigeria. He began his professional career in the mid-1950s after moving to Lagos. The Juju band-leader ruled the scene for years, as a composer and performer to beat, before quitting to face full-time Christian ministry.

Now intend to celebrate 70th birthday celebration.We’re told the event, which is being put together by the musician’s committee of friends will feature a range of activities to celebrate the music icon. ‘It’ll be a carnival of sorts. Obey is a great man that deserves every celebration he gets, especially at this special age he as attained’, a source familiar with the birthday preparations tells us.
A biography and TV documentary have already been commissioned to be ready for public presentation during the reception which comes up in Lagos on Tuesday, April 3, 2012.
According to a preliminary programme line-up of activities preceding the event, the Idogo Town Hall in Ogun State will be dedicated and handed over to the governor of that state, Ibikunle Amosun on Thursday March 23, 2012 which coincides with the birthday of the singer’s late wife Juliana Olaide Obey-Fabiyi.
A thanks giving service is to follow on Tuesday, April 3, 2012 along with a reception and public presentation of Obey’s autobiography and TV documentary.
Dignitaries, cutting across the various strata of the economy are also expected to grace the occasion.
Posted by Ajele1. at 04:13