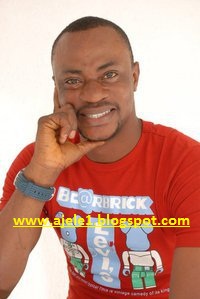 When I first enter the industry about few years back, everyone thought I was just a flash in the pan. But one thing became obvious in the Yoruba sector of Nollywood,There were a lot of challenges, but the greatest of them all has been the challenge of being at my best at all times. I mean the challenge of going through a script and
fashioning a way to intercepted me in the role I’m expected to play in the best possible way. I always think about how best I can deliver any role that is given to me. Let me give you an instance in this regard. Ishola Durojaye,(Alasari) in the production of one of his films formally, ‘Asiri Gomina Wa’, there was a lot of criticisms filters that I Odun cannot act the role that was given to me properly as the governor in the movie, but (Alasari) called me aside and said no matter what they say, that,I am  going to do it. that it is my script,I go through it and master it. And I was thrown into disjointed and a challenge to how I would not disappoint someone that has placed such enormous confidence in me. But I thank God today, though I have been acting before Asiri Gomina Wa, it was Asiri Gomina Wa that brought me to the spotlight. And there was a lot of other productions that have also added to my relevance in the industry such as Ara Lamo which was produced by Yinka Quadri and my own productions too. I saw every production as a new challenge because that might be the production some people would be seeing me in for the first time and that is what would give them the idea of the kind of actor that I am. 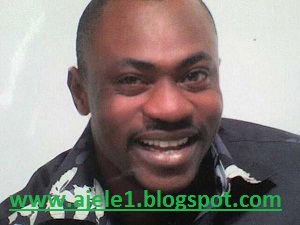 Acting for me commenced  from my childhood days. It commenced from my church, Christ Apostolic Church (CAC) in Lafenwa, Abeokuta here. Then, whenever they wanted to do society anniversary at the church and they needed side attraction for the anniversary, we used to disturb them, a friend called Tunde and I, would tell them that we could perform as jesters at the anniversary, and they would say no problem. And I would just pick up my pen and would start writing scene  And funnily enough, I didn’t know what scene means then, I was just doing my thing. And whenever they called upon us to perform, we would perform and everyone would laugh. at us, I was seeing the likes of Ogogo and co, I’m talking about ’92,’93,’94, I was seeing them as if I could do better than what they were formally doing. When I know am talented I came into the industry, and they thought me how to move, turn, do this and that, I said: emi o mope ole to yio!( I never knew it’s this difficult). By and large, I can say acting for me started from my childhood days, especially from church.

Like I told you initially, I see every movie that I’m partaking in as a challenge. And that is the only thing I know. And two, if you are invited as an actor to any production, you shouldn’t see your audience as fools. Deliver your role as if everything is real. You have to convince them as if what they are watching is happening in real life. As if it is reality. And they would be watching and enthralled with your acting. They shouldn’t see lapses and that is the secret. If I’m to play a good boy in a movie, I’ll play that good boy to the core. And if it’s to be a bad boy, I’ll do it to the best of my ability. I am now successful. I am personally okay. I can eat three square meal conveniently. I am comfortable, Those are the things acting has done for me That is all I can say for now!

Email ThisBlogThis!Share to TwitterShare to FacebookShare to Pinterest
Labels: SuperStars