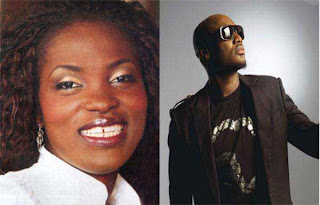 Superstar (TwoFace) (Idibia)Name has been  ringing bell all over the global.,some see the name as synonymous to a baby making machine, as some comedians in Nigeria have made jokes with.
Not long ago, news filled online, print and broadcast media that Innocent Idibia, his real name was expecting his 6th child from Girl friend, Pero Adeniyi. To many, the news got to them as a surprise, while others saw it as oncoming.

"I think TwoFace has to realise that many young ones are looking up to him, what message is he passing to those vulnerable youths looking up to him as ongoing role model,
An anonymity  fan told us,That has TwoFace forgotten that having children outside wedlock is sin? He did the first and second children outside wedlock, we thought it was mistakes from him. But now the 6th child on the way, that is not called mistake anymore."
Also was another anonymity fan, who angrily pured out on the issue, "this is getting too unbecoming of him TwoFace. I don't think he knows that this is a scandal and can affect his musical career. I used to be his fan until this news of his 6th child on the way broke out."
"But why TwoFace? Why are not not making us proud anymore?. But you Two2Face should learn to use protection. This is getting too much,said a disappointed fan.
Another anonymity fan said, it is his life, he can live it the way he want, afterall, I am not his family member. So far he can take good care of them, he should ride on.
TwoFace Idibia came into African limelight when he released his hit song, African Queen. He shot the video with his first babymama, Annie Macaulay who has his 3years old beautiful daughter. The singer is yet to married. He would be 37years old this year.