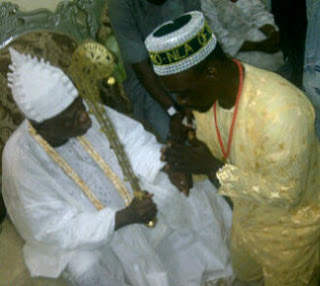 "It will be nice to bring to your hears of our beloved readers” Esteemed stardom,Otunba wasiu Alabi Agibola
“Pasuma and Yinka Quadri, was recently given another titles in kwara state.
This 2 prominent entertainers who are sons of Oroland bagged “Chieftancy” titles as a mark of their contributions to the development of the town.
The very colourful ceremony attracted a large gathering of who is who in the Yoruba movie and music industry as they came out in glowing attires to celebrate with Fuji star,Wasiu Alabi Pasuma and star actor,Yinka Quadri.
Pasuma is now the OMO NLA OF ORO LAND.while Yinka Quadri is AGBA AKIN OF OROLAND.. 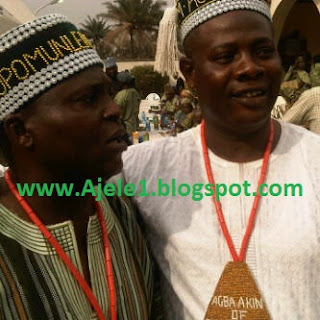 It means that pasuma wonder his a multitude of tittle holder,and his a pride and joy  to all Fuji musicians in Nollywood entertainment Industry.
Pasuma. Right now am working in the studio  to bring out new single for my beloved ones, am assuring you that before the end of July I will launched it out.
But my main preoccupation now is to attain a new era. I don’t want to say much about this, because of my rivals  not to preempt my plans, but I know with god all things are possible.
Posted by Ajele1. at 03:58