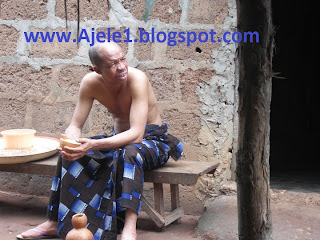 Practical oriented course is all for Saturdays and Sundays noly in the month of March, at Jomo House, 1, Oshifila Street, Anifowose Ikeja, Lagos.
Other seasoned instructors expected at the course include Steve Aluko, Bimbo Ogunsaya (Sababi) and host, Seyi Specialborn among others.
“There is nothing as rewarding as you learning from the professionals. It grants you the opportunity to start your career as a professional. A good starting point matters in life; if you are adequately equipped, all you need is an opportunity to display –which the organizers are ready to give you,” asserted Specialborn.
Seyi Specialborn who Studied English Education at Ambrose Alli University Ekpoma, Theatre/Media Arts at University of Ibadan and Digital Filmmaking at SAE Institute, South Africa and he has written, produced and directed many  movies among which are Ninu Aye, Awoye, O’RiBakan, Ayesan and Fortunate Accident. He was nominated for International Young Screen Entrepreneur of the Year Award oragnised by British Council in 2008 and Best Director at 2011 Edition of Yoruba Heritage Awards in London.