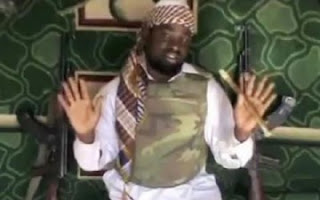 Berserk Boko Haram, has denied reports that his spokesman Abu Qada, has been arrested by the State Security Service.
But the denial came even as the confusion set off by initial reports of Qada’s arrest on Tuesday deepened.
Qaqa, known for granting interviews and issuing statements on behalf of the group, was reportedly arrested in Kaduna by the SSS, early on Wednesday.

However, speaking with journalists from an unknown location on Thursday, a man who claimed he was Qada said the militant arrested was one Abu Dardaa.
“The person that was arrested was Abu Dardaa and not Abu-Qaqa. I am Abul Qaqa, the spokesman for the Jama’atu Ahlis Sunnati Lidda’awati Wal Jihad. Abu Dardaa is the head of the Lagina (Dept) of public enlightenment and not the spokesman,” the man said.
And the militant went on to saying that Dardaa was asked by the sect to meet with government officials after the group had decided to respond to the government’s call for dialogue.
“However the arrest of Abu Dardaa is an outright deception and betrayal by the Nigerian government and security agents. They proclaimed dialogue and are doing the opposite. His arrest has proved to us that they were waiting for us to avail ourselves so that they can arrest us.
“We purposely sent Abu Dardaa to Kaduna to discuss with some of key government functionaries on the issue of dialogue. Indeed, he had started talking to them but unknown to him, they had directed some security agents to trail him and arrest him.
“This is exactly what happened. He volunteered to present himself for the dialogue but was betrayed. Everyone knows our capability and tactics of operation. It is evidently clear that none of our members could be caught on a platter of gold and without confrontation.”
He added that their plan was to hold further meetings with government after the exploratory talks.
Said, “We initially thought that the much talked about dialogue was true and we actually resolved that after the initial meeting with Dardaa, we would send five representatives to stand for us.
“Part of what we told him to discuss with the government representatives was the unconditional release of our members as pre-condition for any further discussion.”
Qada plead government to release all their members in in their captivity, in addition  that it was the only panacea for peace.
“I want to reiterate that we want all our members to be released for peace to return and for dialogue to hold.”Qada spoke on the heels of reports on Thursday that security agencies had not confirmed if the man arrested on Tuesday was the sect’s spokesperson.
Sources gathered in the security service have been reluctant to confirm the identity of the suspect arrested, saying he was being interrogated to confirm his identity.
sources in one of the security services told reuters that the suspect had been flown to Abuja for more interrogation.
“He is under interrogation,” an anonymity said on condition of, declining to provide further details.
However, the spokesperson for the SSS, Maryln Ogar, had told the AFP that she was not aware of the arrest.
“When you have an ongoing operation, a lot of people are brought in, and until you are able to put a face to a name nothing can be confirmed,” Said.Ogar.