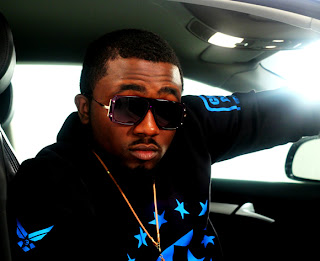 Super star Panshak Zamani a.k.a Ice Prince who his the best Nigerian rapper, as he won the African Act of the Year at the Vodafone Ghana Music Awards, held yesterday at Dome of the Accra International Conference Centre in Ghana.The awards ceremony was well attended by top Ghanaian celebrities.

Ice Prince was honor with the award yesterday after performing with other Choc Boys' artistes; MI and Brymo at the event.
Ice Prince won the award in the category that had fellow rapper, Naeto C; two other Nigerians, D’Banj, Wizkid and Duncan Mighty; and Cabo Snoop, who is from Angola.Ice Prince has skipped high and gained more fans  with this award.
Congratulation to him.