Yoruba actor got beaten by film pirates at Iyana Ipaja 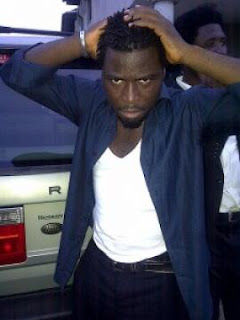 Yoruba firmstar, actor Ibrahim Chatta producer cum director, this actor was beaten mercilessly at Iyana Ipaja area of Lagos, by film pirates, who were selling copies of the producer’s films.
The actor narrated the story to newsmen I was on my way to an event but because my partner couldn’t see me, I parked my car and crossed the road on foot to call him where he was standing and suddenly, some guys just pounced on me.
While beating me, they said I had the guts to arrest them for selling pirated movies. I cried that I wasn’t after them, but they continued to beat me mercilessly.
“It took the prompt intervention some mobile policemen on duty at Iyana-Ipaja to rescue me, they would have lynched me. It took some minutes before I regained consciousness after the beating.”
The attack occurred  on Friday at evening about 8pm.
Mr. Chatta is currently receiving treatment at a private hospital in Lagos.