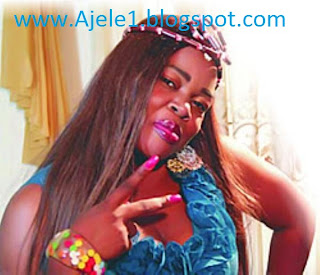 Due to what we gathered that the filmstar  actress is in a fresh romance with Former National Union of Road Transport Workers(NURTW) Treasurer,Alhaji Musiliu Akinsanya a.k.a  MC Oluomo,Loshodi.
Though it is not clear when it started- the guarded romance is said to have been on for a while.

We gathered,the top philanthropist has been splashing money and  expensive gifts to the actress.
We learnt that MC Oluomo and Taiwo have been stepping out together lately.Most places where MC Oluomo goes these days,one is bound to find the beautiful actress by his side.
They were also an item at another actress Bisi Ibidapo-Obey Mum’s birthday on December 18,2011 walking hand in hand.
It was also interest to know that,some of her colleagues in the industry has  started envying her about her new found ATM Machine.
Posted by Ajele1. at 04:02