REASON WHY FATHIAL BALOGUN WEDDING DID NOT TAKE PLACE 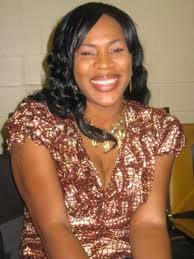 Why the awaiting  wedding of  the Yoruba actress Fathia Balogun did not take-place since then .come with me- Fathia had confirmed the gist of  the wedding few  months age, stated that the wedding  would not properly  take place on May 21. Movie viewers  and friends of Fathia looked forward to the date after her engagement to Ade, an US based Nigerian took place in January 2011.


The wedding of Fathia to Ade, was one of the most talked about celebrity marriage.  A lot of people were surprise when the marriage didn’t take place again.
Could this mean that the wedding plans have canceled ? In a report by Afolabi Oyekoya, Fathia was said to have met some brick walls in the plan to Houston Texas based dude. When Fathia went to the US, she discovered that Ade in date with a white woman.and They also have a child together. The white woman was said to have threatened to sue Ade over she considered bigamy.

In a bid to confirm the story, Fathia waved the question aside stated that the May 21 wedding was only a ‘provisional’ date (whatever that means)
.

Fathia, who is partly Delta and partly Yoruba was married to actor, Saheed Balogun before their marriage crashed over allegations and counter allegations of adultery. Saheed alleged that Fathia’s escapades with a popular movie producer led to the break of their marriage.
Controversy are rife in town that the whole marriage plan was done in a hurry just to get back at Saheed her former husband.
I gathered that Fathia wanted to show off that she can get someone better than him. She wanted Saheed to be envious.Those who are not in tune with that school of thought, said  Fathia needed to get a man of her own after all Saheed has done,She said that the issue of marriage is a close chapter for now because she needs more concentration in her blossom acting careerThe multiple award winning star actress registered that his ex-husband, saidi balogun, was only fidgeting hands in his decision to stop her from further using of the name “balogun”. Fathia in her response, ‘I laugh, my name is fathia balogun and it’s going to remain Balogun for life’ She further boasted, ‘nobody can ever change that and nobody can stop me from answering that name’

Fathia’s response can certainly brew up a battle of the fittest because it would be re-called that saidi balogun once said in an interview that he would soon stop fathia from appending Balogun to her name which the star actress remain adamant and described the decision as a childish  play,
.
Posted by Ajele1. at 07:43